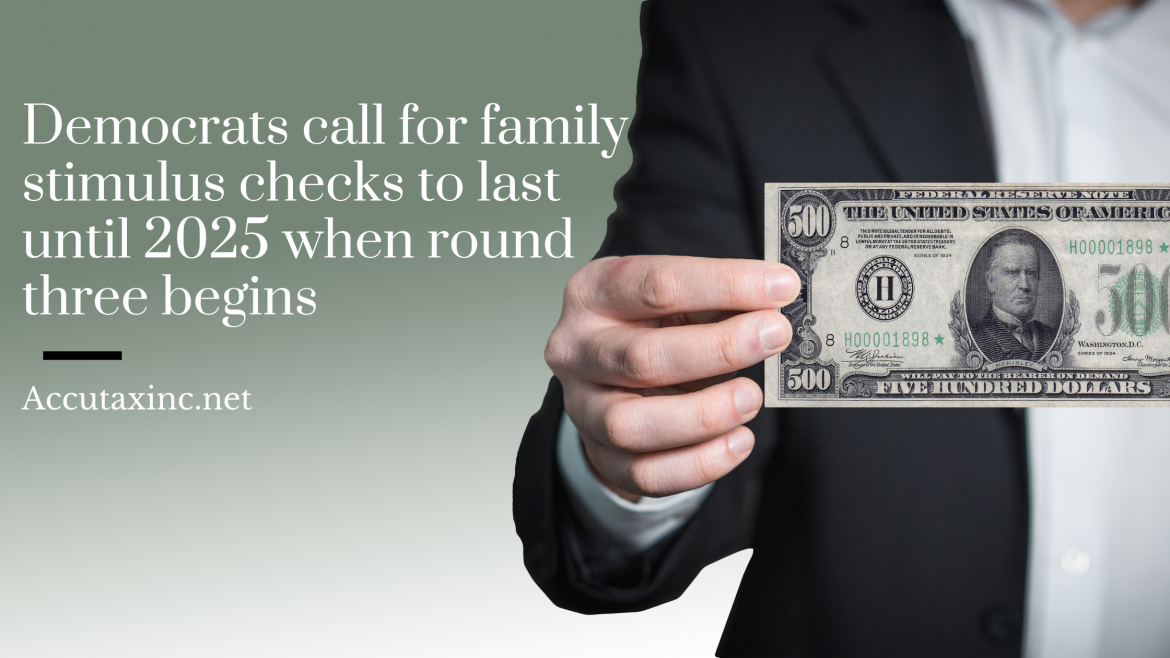 written by admin
The parents of some 60 million children are set to receive their third child tax credit payment this week.
The improved monthly checks are mainly used to cover household expenses and pay debts, according to census data, and are lifting large numbers of children out of poverty.
Now, Democratic lawmakers plan to keep these “family stimulus checks” in place for years to come, but the proposal faces some major hurdles down the road.
The expanded child tax credit was one of the big COVID-19 relief measures included in the $ 1.9 trillion stimulus bill that President Joe Biden signed in March.
Each child ages 6 to 17 can now qualify her family for up to $ 3,000 in tax credits. (That’s more than the previous limit of $ 2,000 for children up to 16 years of age.) Children under the age of 6 can qualify their families for even more, up to $ 3,600.
The credits have also become fully “refundable”, opening them up to families who struggle the most. If the credit reduces a household’s tax burden below zero, you can now receive the negative amount in cash. (Previously, households needed to earn at least $ 2,500 a year for the credit to be repayable.)
Currently, households receive half the credit up front through monthly payments, up to $ 250 or $ 300, during the second half of this year. The rest can be claimed in the form of a tax refund next year.
Early research shows that the first payment alone helped reduce child poverty by 25%, according to the Center on Poverty and Social Policy at Columbia University.
The center adds that if all eligible children are covered by the payments in the future, the credit has the potential to reduce monthly child poverty by up to 40%.
Child tax credit
The expanded child tax credit is due to end in 2022, but given the program’s success, some Democratic lawmakers are looking to extend the larger payments for another three years.
The proposal released last week by the powerful House Ways and Means Committee also seeks to make the rebate feature permanent.
However, these changes may face an uphill battle in Congress. Republicans, and the more budget-conscious Democrats, oppose a simple extension.
In response to the proposal, members of the Republican Ways and Means issued their own statement challenging Democrats’ claims about the effectiveness of the child tax credit.
“Democrats have turned the Child Tax Credit into Jobless Welfare, which if they make it permanent will harm families, risk losing billions of taxpayer dollars to waste and fraud, and cost American jobs,” he says. the notice.
Democratic Senator Joe Manchin of West Virginia also wants to see more eligibility restrictions, telling CNN on Sunday: “There are no job requirements of any kind; there are no education requirements at all for better skill sets. Don’t you think that if we want to help children, people should make an effort? “
Clock is ticking for families to claim payments
As lawmakers debate an extension, time is running out for parents who have not yet signed up for early payments this year.
Families who missed their first three payments can get up to speed quickly by logging into the IRS Child Tax Credit Update Portal to register before 11:59 p.m. Eastern on October 4.
Instead of having half of the credit divided into six installments, it will be divided by three. Families will receive a trio of payments of $ 500 for each child ages 6 to 17, and payments of $ 600 for children under the age of 6.
The portal will only be available until mid-October, so families who don’t sign up by October 15 will have to wait to receive their payment until they file their taxes next year.
September 24, 2021 0 comment
0 FacebookTwitterPinterestEmail

There have been some important changes to the Child Tax Credit that will help many U.S. families get advance payments starting this summer. The American Rescue Plan Act (ARPA) of 2021 expanded to Child Tax Credit (CTC) for tax year 2021 only.

1. The credit amounts will increase for a large number of taxpayers.
2. The credit for eligible children is fully refundable, which means that U.S. taxpayers can benefit from the credit even if they don’t have earned any income or are not liable of any income taxes.
3. The credit will include children that turned 17 years of age in 2021.
4. Taxpayers may receive part of their Child tax credit in 2021 before filing their 2021 tax returns.

If you are a American Citizen Living Outside of US and Need help in filing your Expat taxes or Expatriate tax returns, then you can trust this following website. There CPAs are trusted, well rehearsed in Expat tax services.
www.expattaxrelief.com

For incomes over $150,000 for married taxpayers filing a joint return and qualifying widows or widowers, $112,500 for heads of household, and $75,000 for all other taxpayers.
Early payments of the 2021 Child Tax Credit will be made regularly from July through December to qualified taxpayers who have a main home in the U.S. for more than half of the year. The total of the Early payments will be up to 50% of the CTC. Advance payments will be estimated from information included in eligible taxpayers’ 2020 tax returns (or their 2019 returns if the 2020 returns are not filed yet).
The IRS in their statement at their Website strongly requests people with children to file their 2020 tax returns as soon as possible to make sure they’re qualified for the amount of the Child Tax Credit as well as any other tax credits, including the Earned Income Tax Credit (EITC). Filing electronically with direct deposit also can speed refunds and future advance Child Tax Credit payments.

Qualifying taxpayers do not have to worry about anything other than to file their 2020 tax return if they have not done so.
Qualifying taxpayers who do not want to receive advance payment of the 2021 Child Tax Credit will have the opportunity to decline receiving these payments. Taxpayers will also have the opportunity to Edit & Update information about changes in their income, filing status or the number of eligible children. More details will be announced soon.

The IRS website statements also urges community groups, non-profits, associations, education groups and anyone else with connections to people with children to share this Important information about the Child tax credit. The IRS website states that they will be providing additional materials and information that can be easily shared by social media, email and other methods.

We provide Tax & Accounting solutions for your Business and Personal needs. Contact Us for More Information (Click here)

Accu-Tax Offers Accounting, Tax and Advisory Services that are Customized to your Business Needs.