The U.S treasury department has supported the IRS plan to track most bank accounts. 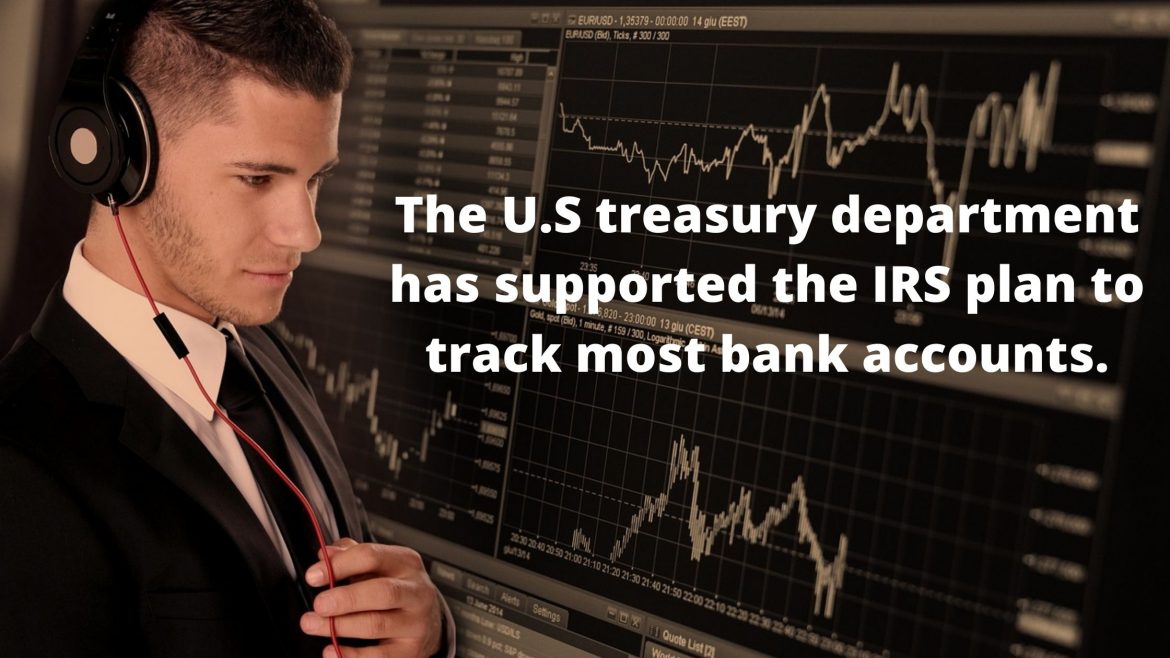 The Treasury is defending its proposal to track the banking information of nearly all Americans, after pushback from the financial industry and Congressional Republicans made the proposal a topic of heated debate in Congress.

A senior Treasury official told CBS News that tracking a small amount of information for almost all bank accounts in the US would help the IRS detect high-income people who skip taxes. Tracking the information would also provide additional verification that low-income workers are meeting their obligations.

The Treasury proposal has been criticized for a limit that seems excessively low: just $ 600 in a bank account, or a single purchase of $ 600, would be enough to trigger the disclosure of the existence of that account, according to an initial plan published in May. Now that number seems likely to rise to $ 10,000. But the finance industry claims that small business owners and independent contractors would be caught in a “web” of surveillance, rather than the wealthy.

“While the stated goal of this vast data collection is to uncover tax evasion by the wealthy, this proposal is not remotely directed at that purpose or population,” wrote the Association of American Bankers and a coalition of groups. business last month.

However, according to a senior Treasury official, the reason for setting the cap at such a low amount is not to trap low-income people, but to prevent wealthy people from eluding scrutiny. This is because a high threshold for disclosure, say $ 100,000, could easily be avoided if wealthy people simply transferred money between several smaller bank accounts. After all, it is not uncommon for a person to have multiple bank accounts.

“No knowledge”
The nation’s tax evasion problems come from many places. But one of the main reasons, according to the researchers, is that wealthy people who do not depend on work for income routinely do not report their earnings to the IRS. For example, the wealthy are more likely to receive income from capital gains and assets like real estate and businesses than the typical worker, whose earnings are reported to the IRS through tax forms like W2 and 1099.

Each year, tax evasion by the richest 1% of Americans costs the system $ 160 billion, according to one estimate. The IRS commissioner has said that the total cost of lost taxes could be much higher, up to $ 1 trillion each year.

At this time, “the IRS is not aware of whether taxpayers who earn income in hard-to-trace ways are meeting their annual tax obligations. Taxpayers who want to avoid their tax obligations are aware of and exploit this information gap,” Natasha Sarin, the deputy undersecretary for economic policy wrote in a blog post Thursday.

The IRS’s lack of knowledge today means it generally has to guess who to audit, the publication said, leading to “too much scrutiny of American workers already paying what they owe, and too little scrutiny of evaders.”

Instead, tracking nearly every bank account would allow the IRS to reconfirm that taxpayers are paying what they owe, while also pointing to cheaters undetected by other means. “Providing a little more information to the IRS, as the financial reporting proposal would, will significantly increase compliance because the chances of a leak being detected will increase,” Sarin wrote.

The financial reporting proposal to Congress does not require that individual transactions of any amount be reported to the IRS. Instead, banks would add just a little extra data to the information they already provide to taxpayers and the IRS: how much money went into the account during the year and how much went out.

An Update on $3,600 Stimulus Payments

Some Tax Tips for Our Clients

Accu-Tax Offers Accounting, Tax and Advisory Services that are Customized to your Business Needs.